{{$parent.status}}
You have used {{$parent.loginFailedInfo.FailedPasswordAttemptCount}} of 3 login attempts. After a 3rd failed login attempt your account will be locked. Login failed

If it has been more than 24 months since your last login you will need to click register below and create a new account.
Forget username/password? Register

Article / Too Few Getting Vaxed

Too Few Getting Vaxed. 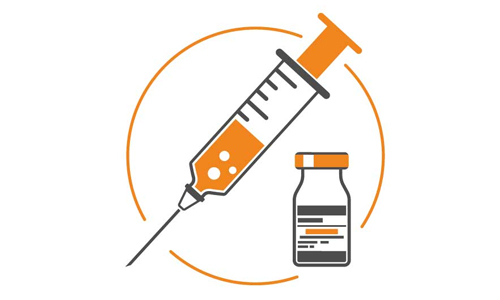 By: The New York Times
A lagging vaccination campaign and the spread of the highly contagious Delta variant are driving a surge in Covid-19 hospitalizations in the United States.
Among Americans under age 50, average daily hospital admissions have hit a pandemic high, according to the latest data from the Centers for Disease Control and Prevention.
“We’re seeing a lot of people get seriously ill,” Dr. Anthony S. Fauci, the Biden administration’s lead adviser on the pandemic, said on the CBS program “Face the Nation” on Sunday. “The hospitalizations are on the brink of actually overrunning the hospitals, particularly intensive care units.”
The trend is particularly notable among children and younger adults. From Aug. 5 to Aug. 11, 263 children were admitted to hospitals every day, on average, compared with 217 in early January, the last peak. Average daily admissions also rose to a record among 18- to 49-year-olds, according to the C.D.C.
Gov. Kate Brown of Oregon has called in at least 500 National Guard troops to help hospitals cope with a flood of coronavirus patients as the state faces its largest wave of infections in the pandemic.
The Delta variant now accounts for more than 83 percent of new infections in the United States. Roughly 129,000 new cases are reported each day, a 65 percent increase from two weeks ago, according to a database maintained by The New York Times.
“This is going very steeply upward with no signs of having peaked out,” Dr. Francis Collins, director of the National Institutes of Health, said on “Fox News Sunday.” “So I will be surprised if we don’t cross 200,000 cases a day in the next couple of weeks.”
Hospitalizations are increasing in every age group. From Aug. 5 to Aug. 11, the average number of daily hospital admissions was roughly 20 percent to 30 percent higher, for all age groups, than during the previous week.


But among adults ages 50 and older, who are at highest risk for severe disease but the most likely to be vaccinated, new hospital admissions remain below previous pandemic peaks. Among Americans who are 70 or older, hospital admissions are 65 percent lower than they were in early January, according to the C.D.C.
The vaccines remain effective against the Delta variant and provide powerful protection against severe disease and death. Half of Americans have been fully vaccinated, but rates vary significantly by location and age.
Just 47 percent of 12- to 17-year-olds have gotten at least one shot, compared with 67 percent of 18- to 64-year-olds and 91 percent of people who are 65 or older. Children under 12 are not yet eligible for the vaccines.
Representative Steve Scalise of Louisiana, the second-highest-ranking Republican in the House, said on Sunday that “hospitals having overloaded capacity are the biggest concern” in his state.
Louisiana has one of the lowest vaccination rates in the country, with less than half of all adults fully vaccinated. “I have high confidence in this vaccination,” Mr. Scalise said. “It’s safe and effective, and I think we ought to be encouraging more people to do it, but again, not shaming people who haven’t.”
Mr. Scalise received his first dose of the Pfizer vaccine less than a month ago, and had previously blamed President Biden for vaccine hesitancy among Americans.
It is not yet clear whether Delta causes more severe disease than other variants. Several studies — in Canada, Scotland and Singapore — have suggested that it might, though the research is preliminary. Some doctors on the front lines have reported that the variant seems to be making young adults “sicker, quicker.”
But the variant is driving a surge in new infections, especially in areas and among populations in which vaccination rates are low. More than 95 percent of hospitalized Covid-19 patients are unvaccinated, health officials have said.


“All of this is entirely predictable and yet, on the other hand, entirely preventable,” Dr. Fauci said. “We’ve got to get people vaccinated. We have about 90 million people who are eligible to be vaccinated who are not vaccinated, and that’s very highly concentrated in the Southern states.”
Increasing vaccination rates among those who are eligible can help protect young children who do not yet qualify for the shots, Dr. Collins said.
Both Dr. Fauci and Dr. Collins also said that while face masks had become controversial, they were a key public health tool that could help slow the spread of the virus.
“This mask that I’m holding has somehow become a symbol that it never should have been,” Dr. Collins said. “This is basically just a lifesaving medical device, and somehow it’s now being seen as an invasion of your personal liberty.”